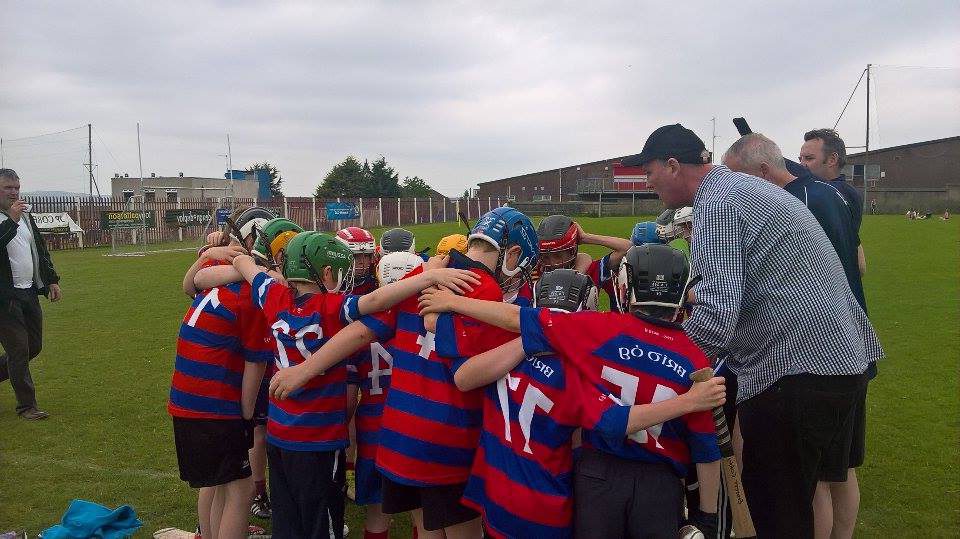 Hurling Update
It was a huge weekend of hurling for our teams ranging from Primary 1 is right up to under 12’s, with Go Games for the P1/2 group and P3/4s at Musgrave Park on Saturday morning.
The numbers for each age group continues to grow.
We fielded two teams in the P2 Go Games competition and had equal numbers of girls and boys in the P3/4 section.
The sun shone and everyone got lots of hurling. A perfect June day. 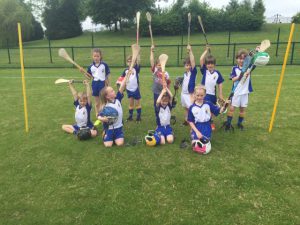 Some of our P1/2 Hurlers

Meanwhile, over at Rossa Park, our Under 12’s were involved in the annual McKelvey Cup. Many thanks to Rossa for this very well organised event.
We had a squad of 18 for this competition, so there was a lot of rotation to ensure that everyone got good game time. In the group stages we beat a St Vincent’s B team and were beaten by Dunloy and Rossa A. This meant we were seeded in Div 3 which consisted of Bredagh , Dunloy 2 and St Galls. We beat Dunloy for a place in the final and St Gall’s beat Bredagh . This set us up to play St Gall’s a team who had beaten Brid Og South a fortnight ago . Our kids hurled out of their skin today and with seconds to go we scored a goal to take the lead 3:1 to 2:3 but unfortunately with the whistle in the refs mouth, over a minute into injury time, St Gall’s forward kicked the sliotar into the net to take the victory by 3:1 to 3:3 . Our players were heartbroken, at the final whistle , but all who were there would agree that every one of the 18 players put in a great shift.
Our players, some of them in tears waited to see St Gall’s collect the trophy – and they were the only beaten finalists to do that. Victories are surely around the corner for this team. Well done Bríd Óg Béal Feirste and coach Darren. 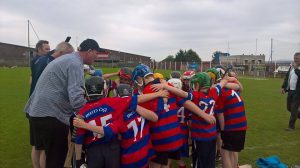 Coach Darren reinforces the message to the U12s

Sunday saw our under 10 squad compete in the annual Pat Sheehan Memorial cup at St Galls, Milltown. This was at 9 aside competition and with 15 players we had lots of rotation throughout, to ensure that everybody got game time. On another gloriously sunny day, this very young team, progressed through to the Shield quarter-final , after games against St Pauls, Naomh Pádraig, Loch Mór Gaels and Bredagh.
The boys put in a gritty performance against Rossa in the quarter final before going down to a more experienced squad. Almost all of the Bríd Óg squad will be available to play again next year – Sunday was a great learning experience for them.
Many thanks to Naomh Gall CLG for a brilliantly organised event.

Our next U12 All County game is against St Paul’s on Sunday 12th June . Time and venue to be confirmed a.s.a.p.